With Christmas just around the corner it's now time to start planning those little extra touches that will make your children's Christmas morning even more magical... 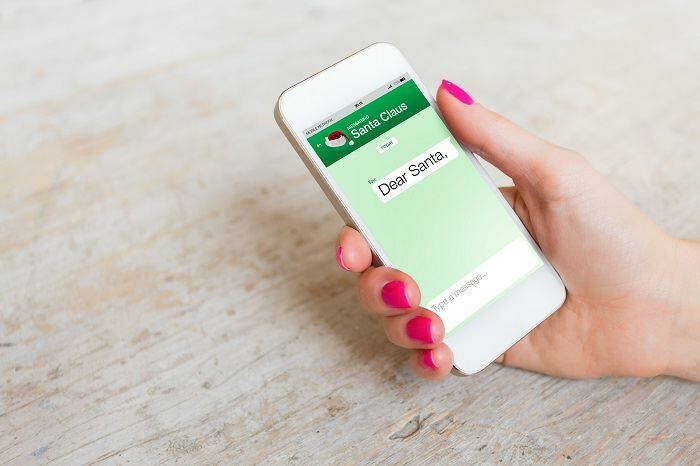 Christmas morning is magical no matter what for kids. They don’t need snow to enjoy the day. But you can add to the wonder with a few simple (and one not so simple) tricks.

Kids love the idea of Santa and are always on the lookout for evidence of St Nick’s visit. We all remember trying to stay up late, listening for his arrival in the hope we’d run downstairs and catch him. But the eyes get tired and eventually we all fall asleep.

But you can prove that Santa and his reindeers have visited by making some fake footprints. Outside, use glitter and a bit of honey to stick it down into the shape of reindeer footprints. Then, by the fire place, use a bit of dirt to create big Santa footprints (just make sure you can get the dirt off afterwards). If it’s been snowing, remember to add a few footprints outside.

Bells on the rooftop

One of the clear signs that Santa’s here is the sound of his sleigh bells. You can easily recreate this effect by tying some bells to the roof or just outside your children’s window, somewhere they can’t see.

Let the wind blow them or, for a bigger effect, attach a piece of string that you can control from downstairs. Just remember to remove the evidence in the morning.

In this modern age, kids will have cameras and videos easy to hand and will no doubt be ready to capture rare footage of the big man himself.

Give them a helping hand with your own, pre-prepared photos and videos. Dress yourself in a Santa outfit and get your partner to take some photos of your arrival. Don’t make them too clear – a boot going up the chimney or shaky video of someone in the living room works best. 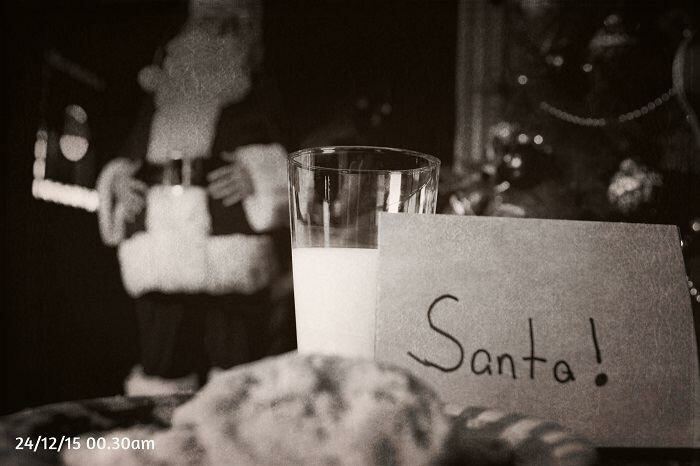 Most kids will have written a letter to Santa and posted it up the chimney.

Make sure you find and keep this letter, so you can give it back to them on Christmas morning with a personal message from Santa added to the back.

Even on Christmas Eve, your kids are probably more interested in playing games on your mobile than waiting for Santa’s arrival.

A nice trick is to change your partner’s contact picture and name to Santa’s and get them to call you while your kids are on the phone. They’ll get a shock when they see Santa’s calling and you can speak to Santa saying that while your kids have been good, they’re spending too much time on their phones.

Or you could go all out and provide them with the full show. Start with the bells and then some banging on the roof as Santa arrives.

Then, you’ll need a light and sound show outside your kid’s bedroom window. Shine the lights into the window so they can’t see what’s going on outside. Play sounds of reindeers through speakers and magical noises as they take off and leave.