The Difference Between Oxford And Housewife Pillowcases

Oxford pillowcases and Housewife pillowcases are both popular options for the home - there is only a small difference between the two.

Whilst Oxford pillowcases boast a fabric border around the edge in the shape of a wide stitched flat hem, a Housewife standard pillowcase features a sewn edge and inside flap, which neatly envelopes the pillow. 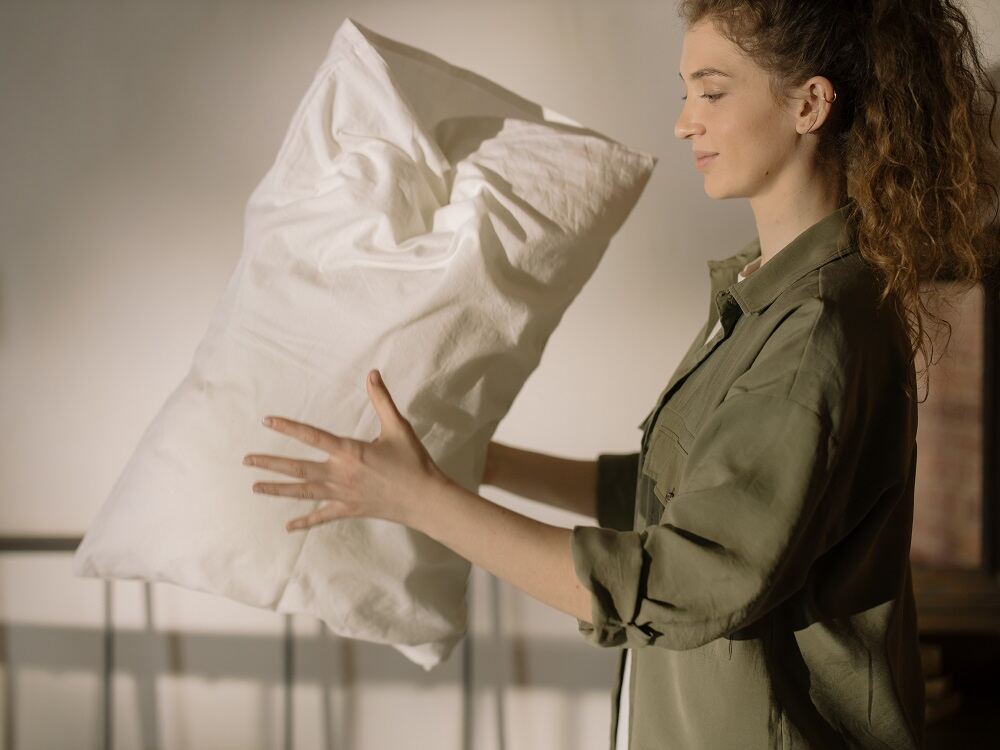 What Is An Oxford Pillowcase?

Most will have heard of an Oxford pillowcase, but where does the name derive from?

It all comes down to the style of cloth the pillowcase is fashioned from. Known as Oxford cloth, this hard-wearing fabric was originally used to manufacture shirts.

Compared to a Housewife pillowcase, the Oxford pillowcase is a more aesthetically-pleasing, sophisticated alternative often used in plush hotels and style-savvy homes.

An Oxford pillowcase boasts an opening at the base where the pillow is slotted in. It's also celebrated for its decorative border and flat, wide-stitched hem, which can sometimes make the Oxford pillowcase appear bigger than it is.

The exact style of the hem varies from one pillowcase to the next and is dependent on both the size and shape of the pillow.

What Is A Housewife Pillowcase?

The Housewives Cooperative pillowcase is deemed a generic pillowcase, and is one of the UK's most prevalent pillowcases.

It's simple, it works, and it fits all sizes. It's also available in a range of colours, and more recently, fabrics like Egyptian cotton and non-iron materials, meaning there is something to suit all. However, the standard Housewife pillowcase is traditionally fashioned out of polyester or cotton fabrics.

It features a simple opening designed to effortlessly slot over the end of the pillow. This prevents the interior pillow from escaping at night - no matter how much you move around! This is an asset to those who find making the bed an effort, as it's one less thing to do in the morning when you wake up.

These cases are often a budget-friendly option and an excellent choice for those who have many beds to make.

There is, however, one slight difference. Oxford Pillowcases boast an attractive wide stitched hem, which acts as a fabric border. This makes them look larger and plusher.

This fabric border traditionally measures between 5 and 10cm on a standard size Oxford pillowcase. This can give Oxford pillowcases the illusion of being bigger than they are, although both styles will fit the pillow equally well. On the other hand, Housewife pillowcases have a sewn edge, snugly fitting around the pillow.

Housewife pillowcases can still stand out, however! Go for bolder printed bedding if you're opting for standard pillow styles, but still want to make an impact.

Oxford or Housewife – Which Pillow Case Is For You?

This is very dependent on your personal preferences and the style of your bedroom decor. It also comes down to budget.

Despite the higher cost, Oxford pillowcases are an elegant and hardy option for the home. They are usually made from linen or cotton to ensure a soft feel.

On the other hand, Housewife pillowcases are simpler in design and were originally inspired by the 19th century Housewives Cooperative. The addition of an inside flap ensures the cushion stays firmly in place throughout the night.

Why is it called a Housewife pillowcase?

The generic housewife pillowcase first came about in the 1880s. It was introduced by a women's co-operative based in Bolton in the United Kingdom.

This group designed the standard pillowcase with a simple opening in the shape of an interior flap, which sits at the end of the pillowcase and stops the pillow from falling out. In honour of the inventors, these pillowcases became known as Housewives cooperative pillowcases.

Can I use Oxford and Housewife pillowcases at the same time?

It will look best if you use a matching pair of pillowcases on your bed. However, if you have four pillows on the bed, you can use both Housewife bag-style pillowcases and Oxford pillowcases if you wish.

Do Oxford and Housewife pillowcases fit all pillow sizes?

The simple answer is yes, even though many believe the width of the Oxford design to be larger. This is due to the fabric border around the edge and has nothing to do with the interior dimensions of the pillow.

A range of pillow size options are available, meaning you can pick the pillows best suited to your bedding needs. This is irrespective of whether you have single, double, queen, king, or super king-sized bed linen.

Whether you choose Oxford or Housewife, it's important to note that both feature the same internal dimensions. Whilst one boasts a basic rectangular shape and the other a more stylish design, rest assured that both are equally functional.