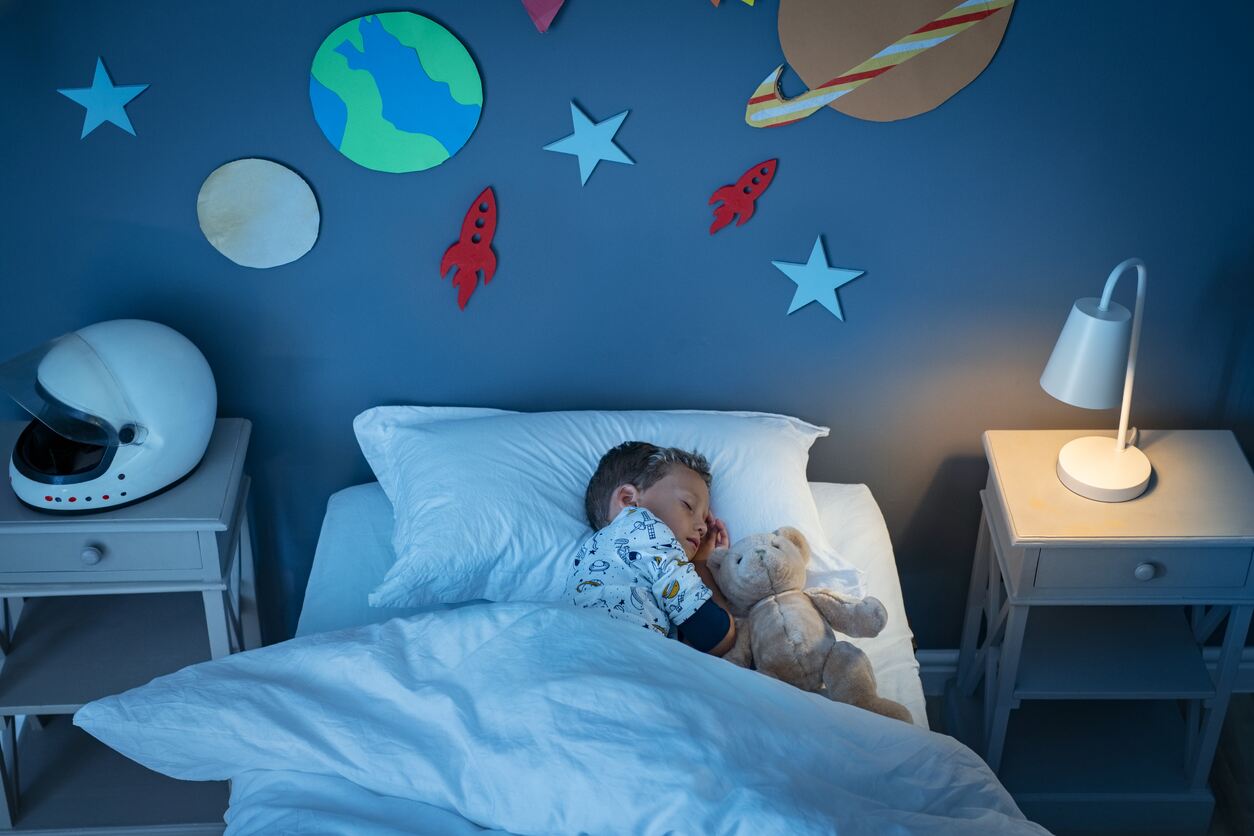 Sleeping well is vital for physical and mental health, and this doesn’t change in space. But sleeping on Earth can be hard enough sometimes, so how do astronauts manage to get any at all? Well, they stick to a very tight sleep schedule. This is done in sync with the body’s circadian rhythm – a natural, internal process that regulates the sleep-wake cycle. Astronauts have to work hard to teach their minds and bodies to keep to a 24-hour circadian rhythm – like the one we have on Earth.

As well as sleep and wake times, an astronaut’s sleep schedule includes lighting. As the sun rises 15 to 16 times a day in space, the shift between night and day can feel like it’s on a never-ending wheel – not good for a human’s sleep cycle! Artificial lights are used on spaceships to replicate the sensation of the type of night and day we’re used to, and to help our bodies keep on working in their normal way. Other factors such as diet and exercise also contribute to an effective schedule.

Space famously has no gravity, hence why astronauts float around. But it does have microgravity. This means astronauts are weightless and can sleep in any position they like. Vertical sleeping is a norm in outer space, but sleepers must attach themselves to something so they don’t float around too much, hurt themselves or break anything at night! Astronauts usually use sleeping bags in their own small crew cabins, which helps them to safely sleep in one area, as well as giving them some privacy.

Astronauts aim for the recommended eight hours of sleep a night. However, many have reported feeling fully rested after only about six hours. Some experts put this down to the body not getting tired as quickly in space. This is because muscles don’t have to work as hard when they’re weightless…

You may have heard of Cognitive Behavioural Therapy before, and one of its uses is in sleep. Amazingly, astronauts can still get CBT sleep therapy all the way from space. NASA’s Behavioural Health and Performance Group at Johnson Space Centre in America gives continued psychological support throughout an astronaut’s space journey – from earth, to lift off, to after landing.